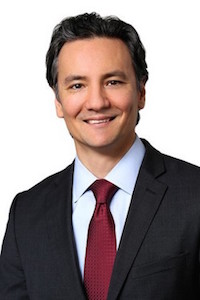 Christopher H. Fitzgerald has served Of Counsel to Caesar and Napoli, P.C. since 2012 and shares the firm's philosophy of personalized attention to the client and thorough preparation of the case from intake through trial. Since 2009, Chris has represented hundreds of clients in personal injury and civil rights matters, taking over 30 cases to jury trial against large insurance companies in New York State Supreme Court. Chris' practice areas include motor vehicle and premises liability, police misconduct, and prisoner abuse civil rights cases. He has been named to Super Lawyer's Rising Starts of Metro New York for 2014 and 2015.

Chris' pro bono activities include serving as a volunteer attorney with the Safe Passage Project, representing unaccompanied minors in their asylum and immigration hearings, and as trial counsel on the SDNY's Pro Bono Panel. He is also a judge in AAJ's annual Student Trial Advocacy Competition, and has been a panelist for NYCLA's CLE on legal ethics.

Chris Fitzgerald is admitted to practice in New York and New Jersey state courts, the Federal District of New Jersey, and the Eastern and Southern Federal Districts of New York. He received his B.A. from Boston College and his J.D. from CUNY School of Law.