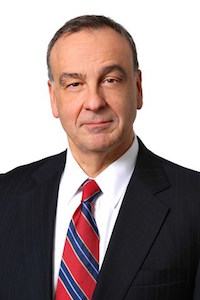 James C. Napoli is a founding member of the law firm of Caesar and Napoli, P.C. After graduating from law school, he joined an insurance firm specializing in insurance analysis, personal injury defense and trial work. He quickly distinguished himself as a superior trial lawyer, and he was named a partner after six years with the firm. Having lifelong ties to downtown New York City, as well as a strong desire to represent injured victims, Mr. Napoli started his own personal injury firm in 1989. Caesar and Napoli, P.C. represents injured persons in the following types of cases:

Mr. Napoli's reputation as an impressive lawyer in the courtroom has resulted in significant recoveries. Over the years, Caesar and Napoli, P.C. has recovered numerous seven and eight figure verdicts and settlements for our clients.

Mr. Napoli stresses the importance of maintaining open and transparent communication with his clients to best serve their needs, as well as sparing no expense in case discovery. Rather than working with insurance companies on a claims basis, Mr. Napoli has found that the best results arise from fully preparing each case for trial. Even if the client chooses to settle, diligent preparation often significantly raises the settlement figure by demonstrating the full value of the case to the insurance company.

Mr. Napoli is admitted to practice before all of the Courts of the State of New York and the United States District Courts for the Southern and Eastern Districts of New York. Mr. Napoli has acted as special counsel for Covenant House of New York City, a non-profit organization assisting homeless children, and he has served on the boards of numerous non-profit associations. Mr. Napoli represented, pro bono, victims of the World Trade Center disaster as well as injured rescuers. For the last six years straight, Mr. Napoli has been named as a "Top Rated Personal Injury Attorney" by Super Lawyers, an organization that honors the top five percent of attorneys as ranked by their peers in New York State.

100% of Practice Devoted to Litigation