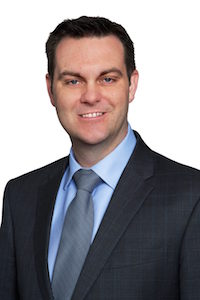 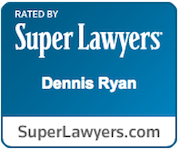 Dennis Ryan is of Counsel at Caesar and Napoli, P.C. Mr. Ryan has helped obtain millions of dollars for his clients through trials, arbitrations, mediations and settlements. Mr. Ryan is admitted in New York and New Jersey and he heads the firm’s New Jersey practice. His primary emphasis is in the field of personal injury litigation, particularly in the areas of motor vehicle accidents, premises liability, municipal liability claims and insurance coverage disputes. Mr. Ryan specializes in representing Sanitation Workers who suffer “LODI” injuries while on the job. Mr. Ryan also represents victims in their claims for benefits under the Victim’s Compensation Fund (commonly known as the “Zadroga Bill”). Mr. Ryan has been named to the New York Metro Area’s Rising Stars list for in both 2014 and 2015, an honor bestowed on only 2.5% of practicing attorneys under the age of 40 years old who have been practicing for 10 years or less.